What Is Penis Captivus (captive penis)?

Penis Captivus (captive penis) caused by a vaginal spasm, is an occurrence during sexual intercourse when a man is unable to withdraw his penis from the vagina

Penis Captivus (captive penis) is an occurrence during sexual intercourse when the muscles in the vagina clamp down on the penis much more firmly than usual, making it impossible for the penis to be withdrawn from the vagina.
This YouTube Video Explains Penis Captivus in Greater Details: https://www.youtube.com/watch?v=tG1-lnmH89E

It sounds like the stuff of urban legend, but it’s possible for a penis to get stuck inside a vagina during intercourse. It’s so rare, in fact, that anecdotal reports are the only way doctors and health experts know it happens.

It’s unclear how often penis captivus occurs because couples may be able to disconnect from one another before medical attention is necessary. And they may never report the incident to a doctor.

In the event that you find yourself unable to disengage from intercourse, it’s important to stay calm. Knowing what’s happening can help you and your partner wait out penis captivus. Keep reading to learn more.

How does it happen?

During intercourse, a man’s penis is filled with blood and remains so until he ejaculates. When a woman has an orgasm, her pelvic floor muscles contract rhythmically. When these events occur at the same time, it’s possible for the penis to become “stuck” in the vagina for several seconds.

Eventually, the woman’s contractions stop and blood leaves the man’s penis. No longer erect, the man is able to withdraw and the couple can separate

Related: 11 Things You Didn’t Know Your Vagina Could Do

Typical vaginal contractions may be pleasurable for the man. The increased pressure around the penis may intensify sensations. However, if your penis becomes stuck inside the vagina, the pleasing pressure may not be pleasant enough to overrule the worry about your predicament.

Penis captivus is unlikely to hurt you or your partner. As the erection eases, the pressure on the penis will fall, and any discomfort should stop. Likewise, as the contractions end, the muscles should relax enough for the vaginal opening to return to a normal size.

While you’re stuck together, it’s important you don’t do anything that could hurt you or cause additional pain. That means you shouldn’t try to forcibly pry yourself from your partner. Additional lubrication is also unlikely to fix the situation.

Instead, try to remain calm and let the muscles relax on their own. While it may feel much longer, most couples will only be stuck for a few seconds.

How Likely Are You To Experience Penis Captivus (captive penis)?

Unless you’re a dog, it’s unlikely you’ll ever experience this — you have a better chance of winning the lottery — but just in case, here’s some advice… 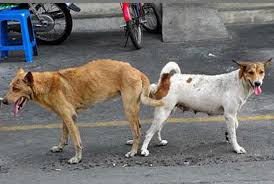 What to do if it occurs to you

If you or your partner feels penis captivus starting to happen, then both you and your lover need to relax and take the focus off of intercourse and anything sexy. You can think about the high poverty rate, joblessness or corrupt politicians. Take your mind off sex and think about something that might piss you off. This allows blood to leave the penis, so that he can withdraw more easily. And her pelvic floor muscles will also relax, as not to clench the shaft.” Added stress can lead to more muscular tension, which can make the phenomenon last longer.

Taking deep breaths may help both partners become or remain calm. Distracting each other or making a joke out of the situation can also relieve the tension and reduce arousal in the genitals.

Staying calm and allowing the muscles in both bodies to relax can help resolve the issue as soon as possible without complication.

If this phenomenon does occur, it will likely only last for a moment before the penis and vagina relax.

Penis captivus started as an urban legend a long, long time ago but new study found that it is caused by a vaginal spasm.

The Kenyan incident in 2012 supposedly occurred after the cuckolded husband paid a visit to a witch doctor. It was reported that the couple regained their liberty after prayers – and after the cheating man promised to pay the husband 20,000 Kenyan shillings (£140). He was filmed going to an ATM to withdraw the money.

The Zimbabwean media reported last year that a woman was bringing a law case against her long-term boyfriend for putting “runyoka” on her – a fidelity spell that caused her to get stuck on her lover. As one report put it, she was demanding compensation from the jealous boyfriend “for humiliating her and trying to control how she should use her private part”.

In Nigeria, most people believe that Penis Captivus is caused by a fidelity spell prepared by powerful herbalists and native doctors which the Yorubas call ‘Magun’.

I hate all these African superstitious beliefs and I think that if there’s a charm or fidelity spell that can catch a cheating wife, more than 50,000 married women will be caught cheating in just one day in Nigeria alone.

In Africa especially Nigeria, we attribute almost every natural phenomena to witchcraft or voodoo. I can give you many examples.

1. Thunderstorm and lightning kill people all over the world but in Nigeria, if you are electrocuted or struck by lightening people will assume it is because your hands are not clean, or because your father is evil man. They say its not ordinary. Last year we recorded a case in my village, a young boy was struck by lightning and my village people claim it happened because its either the boy committed a crime or maybe his father is an evil man. I documented the whole event in this article.
2. All over the world some snake species swallow snakes but in Nigeria especially in Igboland a snake swallowing another snake is seen as a taboo or bad omen, it is a sign that the gods of the land or ancestors are not happy about something lol.

There are so many examples but let me not bore you with all of that because the Black African continent is a superstitious society where people still believe and practice archaic beliefs which I believe is one of the reasons we are not making any progress. The rest of the world is leaving us behind, shame.

Penis captivus can result from a condition called vaginismus.

Vaginismus involves involuntary spasms in a female’s pelvic floor muscles. The spasms can make activities such as inserting tampons difficult or impossible. The spasms can also interrupt penetrative sex or make it uncomfortable for either or both partners.

One person may have a very different experience of vaginismus from another. Symptoms can range from a slight burning sensation during sex to severe, painful contractions that close the vagina completely.

It is possible that such an extreme contraction could happen during penetrative intercourse. In this case, the penis may become momentarily stuck in the vagina.

The causes of vaginismus are varied. They may involve physical, emotional, or psychological factors, or a combination of all three. For some people, vaginismus stems from an emotional or psychological response to the insertion of anything into the vagina, whether or not the context is sexual.

Treatment for vaginismus can therefore be complicated for some people. For example, a study that appears in the journal BMC Women’s Health reports that some treatment options involve using tools such as vaginal dilators.

With the help of a physical therapist who specializes in the pelvic floor muscles, success is more likely. They can also help a person uncover any psychological barriers.

Some people with vaginismus find cognitive behavioral therapy beneficial. However, for some people with the condition, penetrative sex may never be entirely comfortable.

Penis captivus is a very rare condition. It has nothing to do with witch doctors, juju, magun or cheating wives. In Nigeria most people believe that only cheating housewives will experience Penis Captivus but that’s not true because there are reports of couples that got stuck while making love. So it can happen to anyone though most couples will never experience it, but if you do, remember to remain calm. Don’t panic and don’t try to pry yourself apart from your partner. While it may be uncomfortable, stop the action and wait it out. You’ll be unhooked soon enough.

5G, COVID-19, Coronavirus and The Antichrist

comparison Of Covid-19 To Past Major OUTBREAKS!

agriculture iykbethany - September 10, 2020
0
https://www.youtube.com/watch?v=ioQUutIZhaY Few years ago I ventured into Agriculture for 3 main reasons: 1. To...

Business Information iykbethany - August 9, 2020
0
Are you a manufacturer in Asia, Europe, The Middle East, Oceania, North or South America? Do you have quality goods and services that you...
Copyright © 2017. IykBethany Gist Ville. All Rights Reserved.
MORE STORIES